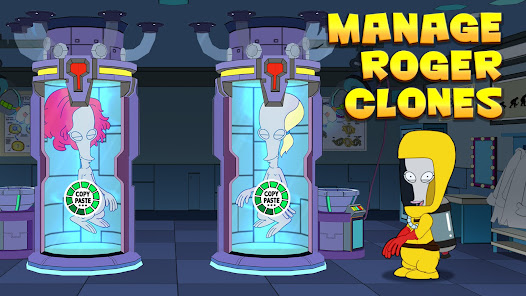 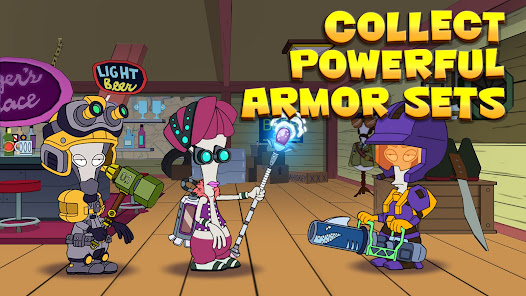 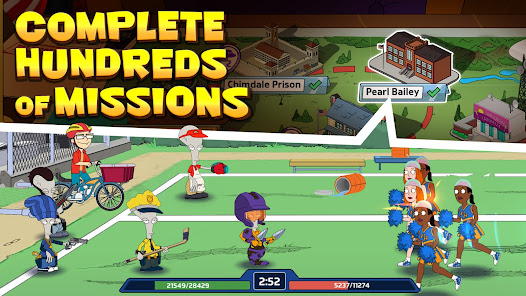 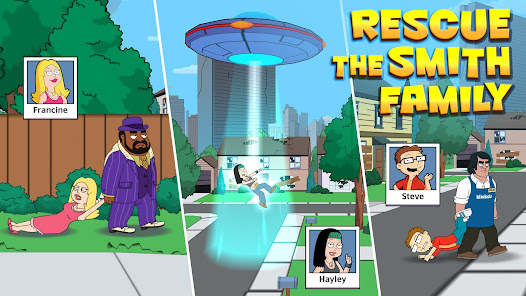 Get ready for the ultimate American Dad! RPG experience!
Epic roleplaying game with your favorite characters!

Aliens have invaded Langley Falls! Stan’s family is being held hostage and the survival of mankind is in your hands. Build Stan’s underground base, gather an army of Roger clones and fight to take back Earth and save the Smith family. RPG adventure awaits!

Turn the Smith basement into your underground shelter. Print money, spend Golden Turds, and produce the valuable resources you need to accomplish your mission. Train and equip your Roger clones with America’s best arsenal. From baseball bats to makeshift raccoon wands, plasma revolvers to electric machine guns, use all the weapons at your disposal. Once your army is ready, you can take on America’s enemies – from violent vagabonds to the Antichrist’s apostles!

American Dad! Apocalypse Soon is perfect for those who enjoy RPG with base-building and strategy elements. Packed with endless hours of fun, this roleplaying game has something for everyone!

💥 Humorous narrative written in collaboration with American Dad! writers
Laugh hysterically at authentic American Dad! jokes as you progress through this RPG! Plunge into a story-driven campaign where winning has never been this funny.

💥 A multi-layer RPG with tons of customization
Enjoy countless customization options to craft an unstoppable and stylish Roger army! Enhance your heroes abilities and power up their weapons – turn them into the real champions! Get ready for some roleplaying action, put yourself in Stan's shoes and survive the apocalypse.

💥 An entire Smith household to command and upgrade
Build and upgrade your shelter to protect Stan and his army. Rearrange the rooms to give the house the look and feel that’s uniquely “you”.

💥 A PvE campaign to save the world and a PvP arena to prove you’re the best!
Enjoy the apocalypse alone, or with your friends! American Dad! has both solo and multiplayer modes – battle it out against other Smith families! Show the whole world that you’re the last Stan standing.

Brought to you by MY.GAMES

Agents! The Collectors have sent evil sharks to attack the beaches of Langley Falls. But we won’t stand idly by! We'll lure out the sharks by taking part in activities and completing special quests. Then we’ll show those sharks who’s boss!
Situation Room Level 11:
- New Identities Added - Clip Clop and Roy Rogers McFreely.
- Pieces for new identities can be found in chests for waypoints won in Familyland Wars.
Good luck out there!
Safe to Download